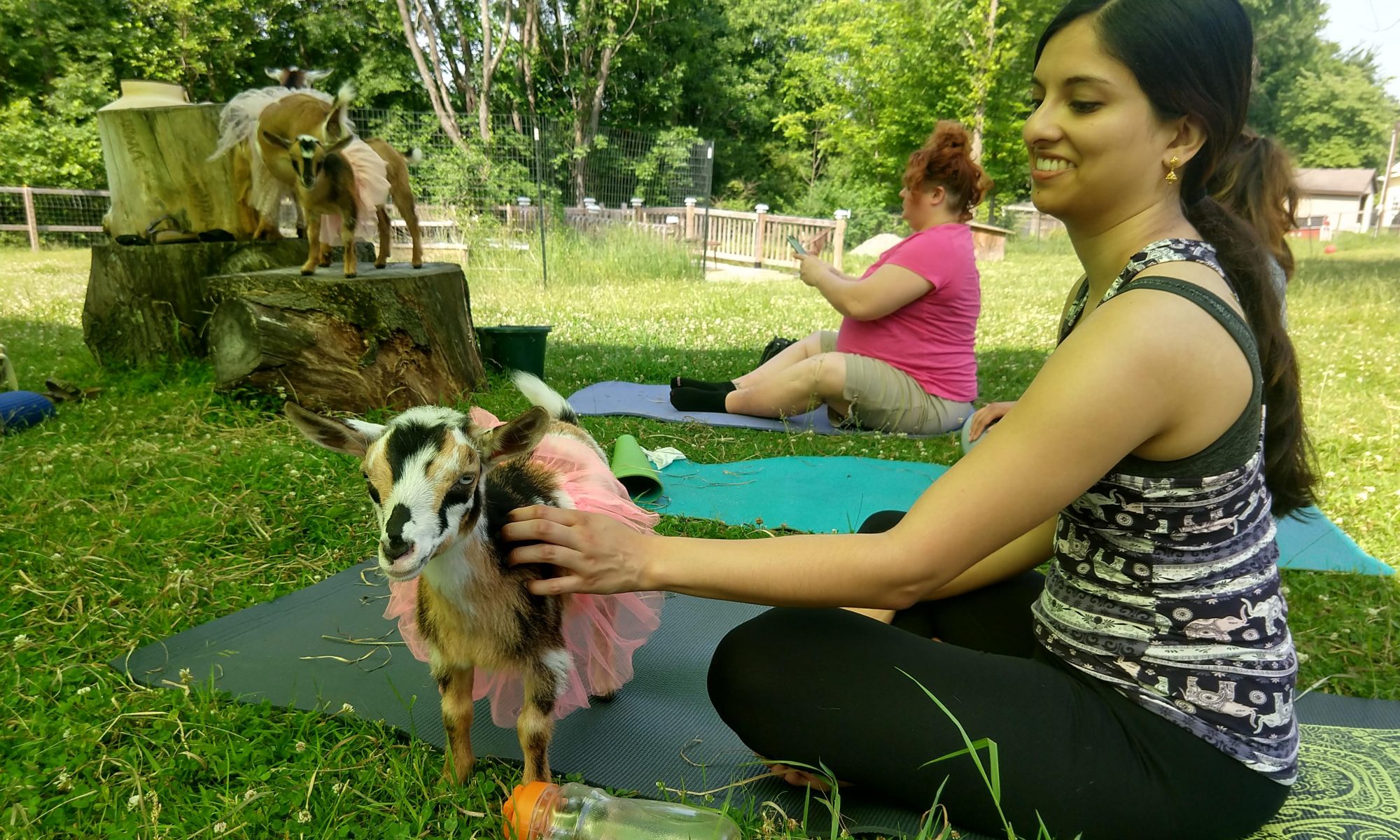 Myrna took her very first yoga class in 2002 and it was love at first full body twist. She began training immediately, becoming certified to teach in 2004 by the National Exercise & Sports Trainers Association. Already an aerobics instructor at the YMCA since 1998, the shift to yoga was seamless. She since has taught workshops in and around Pittsburgh, including a teacher training at Schoolhouse Yoga, warm-ups for runners at the Pittsburgh Marathon and annual workshops for young adults at the Children’s Museum.

YogaNuvo was born when she became aware of a need for affordable, alternative and gentle physical fitness options in the community. Having taken classes in belly dance, Pilates, tai chi and hula hooping (believe it), she began to fuse these disciplines into her yoga classes and formed YogaNuvo with its signature flow.

Moni Wesner started her yogic journey in 1996 at Omega with a weeklong course on Mindfulness Meditation with Jon Kabat-Zinn and Saki Santorelli. This led to a daily practice of meditation and gentle Hatha Yoga. At age 60 she wanted to find a way to become a healthy and happy old woman. In the following years she studied more Hatha Yoga and Ashtanga Yoga with nationally known teachers at Omega each summer.

In 2001 she found her true teacher, Gurmukh Kaur Khalsa. As a retired physician the ancient and pure teachings made perfect sense to her as all aspects of it can be explained by modern science. She became a teacher in 2005, just to learn more about the science and art of Kundalini Yoga for her personal reasons. Once she was certified as a teacher by the International Kundalini Yoga Teachers Association, students appeared and she has taught students of all ages and all abilities ever since.  In her words – as long as we can breathe, we can practice yoga.

In her classes the experienced yogi or athlete and the very beginner have a meaningful experience. Kundalini Yoga creates a sense of good health by strengthening and balancing the nervous system and glandular system.It energizes the body, calms the mind and nourishes the soul. Moni considers herself the best advertisement of Kundalini Yoga – 24 years later she is indeed a happy,  healthy,  drug free  old woman!

Leslie initially came to yoga wanting a physical practice but found so much more. Her journey has involved stepping into a Vinyasa class and finding that slowing down into a Hatha mindful practice was the perfect fit. She has traveled nationally and internationally to different yoga retreats and other similar experiences to create a very spiritual and mindful practice. She finally completed her Yoga Teacher Training at Illume Pittsburgh in 2017-2018 for 200+ hours with Jennifer Ferris-Glick. This experience was not only extraordinary but helped empower Leslie to find her voice in teaching yoga and meditation. She also provides other healing like Reiki and individual yoga/mental health therapy. Namaste.